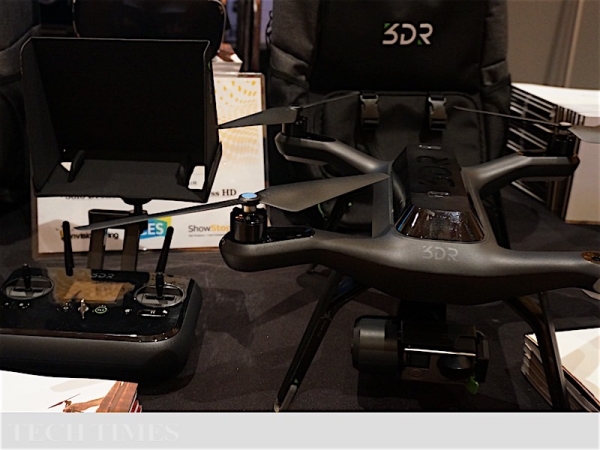 Flying 3DR drones is about to get that much more pleasurable.

The company used its platform at the Consumer Electronics Show 2016 in Las Vegas to announce Wednesday, Jan. 6, that it is introducing two software updates that will affect its pilots this spring — the ability for multipoint cable cam capture and free-look drone recording.

Oren Schauble, 3DR’s vice president of marketing, broke down each feature to Tech Times during the ShowStoppers event at the Wynn on Wednesday evening.

“The original cable cam feature that we launched with allows you to take two key frames and move the drone in between it and pan the camera at the same time,” he started explaining. “Now, we’ve introduced infinite points for that, so you can set as many different points as you want in flight — facing in different directions, looking at different things — and the drone will actually repeat those patterns at speeds that you can adjust and sweep the camera in between all of them for super-dynamic, interesting flight.”

Included with that update is the ability to save that flight, allowing drone owners to retrace the points of their journey.

The other software update — the free-look recording feature — gives the pilot the luxury of operating the drone in the company’s previously launched follow mode, but now being able to maneuver the cameras during flight. So, in other words, the drone is on autopilot and its user doesn’t have to worry about flying it — only moving the cameras in flight to get the desired shots.