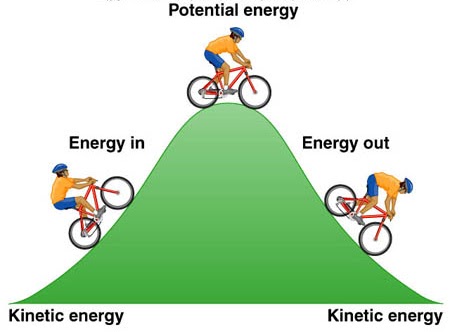 A car transforms the potential energy trapped in gasoline into various types of energy that help the wheels turn and get the car to move. Most of the energy is converted to thermal energy, which is an unorganized form of energy that is difficult to convert into a useful form.

These transformations are hardly perfect. An efficient fossil fuel power plant loses more than half of the energy it creates to forms other than electricity, such as heat, light, and sound.

When he was a teenager in Romania, Raul Oaida became obsessed with building things: a jet-engine bike, a tiny spaceship, a LEGO car that runs on air. Why? Well, why not?