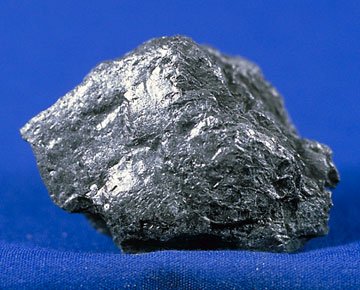 Graphite is used as a moderator and lubricant in nuclear reactor. Graphite is a crystalline form of carbon, a semimetal, a native element mineral, and one of the allotropes of carbon. Graphite is the most stable form of carbon under standard conditions. A nuclear reactor, formerly known as atomic pile, is a device used to initiate and control a sustained nuclear chain reaction. Nuclear reactors are used at nuclear power plants for electricity generation and in propulsion of ships.