An artificial satellite can be tracked very precisely from the earth by using Doppler effect. Doppler effect is the change in frequency of a wave for an observer moving relative to its source. The Doppler effect is of intense interest to astronomers who use the information about the shift in frequency of electromagnetic waves produced by moving stars in our galaxy and beyond in order to derive information about those stars and galaxies. When the source of the waves is moving toward the observer, each successive wave crest is emitted from a position closer to the observer than the previous wave. Therefore, each wave takes slightly less time to reach the observer than the previous wave. Hence, the time between the arrival of successive wave crests at the observer is reduced, causing an increase in the frequency. 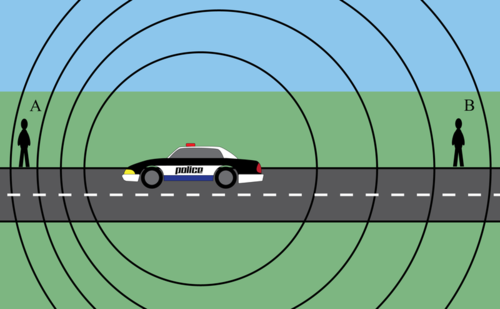